It is thought that the jigger parasite (meaning sand flea) or the Tunga pentrans originated from Central and South America and was inadvertently brought by humans to sub-Saharan Africa. Its symptoms include severe inflammation, ulceration and itching, but if ignored it could lead to tetanus, gangrene and even the loss of limbs. However, despite the alarming list of painful symptoms, it is surprisingly easy to treat. Prevention, which is often found to be more cost-effective than medical treatment, involves the education of communities on how to protect themselves against the parasite. Treatment includes bathing the patient’s foot in a solution, and possibly in more severe cases, the surgical removal of the parasite.

Jiggers infection is not only painful, it can cause disability, preventing many of those infected from walking and hence carrying out their daily activities. Furthermore, it is extremely detrimental for students whose only means of getting to school is to walk. Infected children and adults cannot work, or earn an income for their household, and are often discriminated against in their community. This parasite was thought to be a thing of the past, yet even today over 2.6 million rural community members are living with the infection in Western Kenya, and 1.5 million of these are children. This will continue to be a problem unless precise action is taken.

Picture 1. Example of a man in Siaya County, Kenya, with jiggers infection

Ace Africa’s primary objective, with the support of the Ministry of Health and community volunteers, along with the generous grant of the Charles Hayward Foundation, was to treat 3000 children who had been infected by the parasite, and who were unlikely to receive the necessary treatment otherwise. Throughout the campaign, treatment centres were set up in 64 schools, with the total number of children who had been treated reaching a staggering 3331, beating the original target by over 10%. This was hugely beneficial and schools were the perfect place to begin the campaign as certain features of them, including rough mud walls and floors with a high student population density, increase the likelihood of infection. Additionally, schools are where children from many different backgrounds meet meaning there was a greater cultural diversity within the children who were treated. Ace counsellors and community health workers also proved crucial in this exercise as the counsellors offered psychological support to those children who felt isolated and rejected by both their peers and family due to jiggers, a common consequence of the disease. 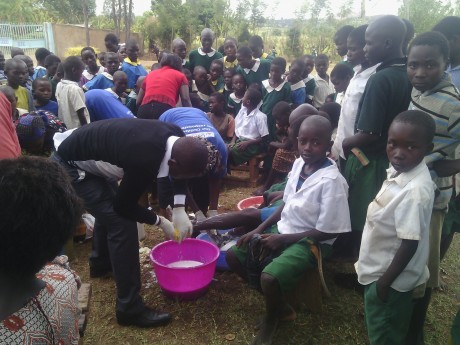 The second initiative that Ace implemented was designed to educate over 8000 people on the disease. Schools were supported through child-to-child clubs, households were helped by the house-to-house drop in sessions, and the wider community was backed by hygiene and treatment days which altogether provided a wide spread herd immunity, helping to prevent further transmission. During the one-year implementation of the project, Ace conducted 61 advocacy days reaching an average of 135 people per event. The topics covered during these assemblies ranged from personal hygiene to environmental hygiene covering all the ways in which these people could improve their lives through simple behavioural changes.

The third and final campaign was the routine house-to-house follow up checks which were used to establish the maintenance and progress of the jigger’s eradication programme. Ace Africa staff together with community health volunteers played a key role in this policy. Where children were treated without concrete follow-ups, re-infection was likely to take place. The Charles Hayward fund allowed Ace to intensify the impact of the campaign at a household level allowing individuals to gain personal help and support where they need it. 172 households were closely monitored and the feedback indicated that the campaign had made an enormous impact with no cases of re-infection. 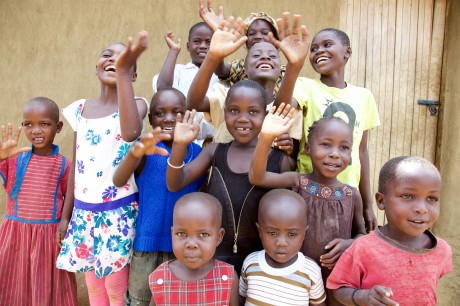 The treatment of 3000 children is just one of the major benefits to this community, brought about by the campaign. To begin with, the treated children can now re-immerse themselves back into their education, creating brighter futures for both them and their community as with education, comes innovation. The treated adults, previously unable to work due to the disabling nature of the condition, will now be able to provide an income for their family. The improved knowledge of general hygiene within the community should prevent more common diseases and should also increase the overall health and wellbeing of the community. The children have developed confidence in protecting their own hygiene which leads to improved self-esteem. As a result of the psychological support given to the community, there has been a noted improved psychological health and well-being among those infected.

The campaign shows that effective elimination of diseases is possible through the hard work of individuals and local people.  Once again, we are thankful for the Charles Hayward foundation for providing us with the grant to be able to carry out the work necessary.