Peter is now 20 years old and lives in Bungoma, Western Kenya. Today he attends a vocational school, has friends and a future. It is hard to imagine he is the same eight-year-old Ace staff and volunteers met in 2005, living in a squalid, tiny, mud hut struggling to care for his bedridden HIV positive father. Not visited by anyone for six weeks, he was malnourished, filthy, scared and mute. Both were close to death.

In 2005 Peter’s case was reported to the local Ace Child Rights Committee. He and his father were given nutritional supplements, and vegetables, from the local community support group; they learnt how to grow nutritious crops on their tiny piece of land and were given seeds and tools. Peter and his father were visited weekly by an Ace counsellor. His neighbours and extended family were encouraged to visit and help Peter to wash, cook and look after his father.

In 2007 Peter was diagnosed with epilepsy. Ace helped to obtain a diagnosis. He saw a specialist paediatrician who explained neglect had left him with the developmental age of a much younger child. His home environment remained challenging as his father continued to drink. Peter struggled to improve – infested by jiggers, in poor health and above all, lonely.

With the help of the Ace Child Rights Committee and government officials, Peter enrolled in the Southend Academy in Bungoma, a special school supported by Ace. Later he moved to St. Teresa Special School; their vocational training in mat making and weaving gave him skills for the future. He continued to receive counselling and was assigned a new guardian in the community, where he still lives today.

During school holidays, Peter returns to Southend Academy, where he helps with the schools’ pig project and poultry farm. His social skills have improved. He can interact with his friends and knows how to take care of others. Ace is proud of Peter and the difference we have made to his life. 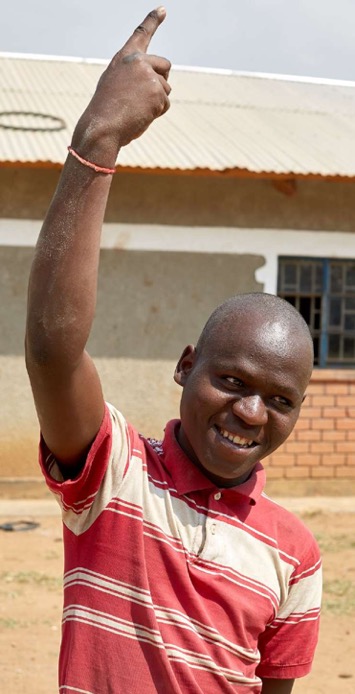