With the league 2016 just around the corner, Ace are delighted to count on the continued support of Eton College along with new support from Caldicott Preparatory School, Cothill House and Bradfield College.

Each school is dedicating their time, efforts and energies into helping to fund a one or two schools to take part in the 2016 Ace Africa Future Stars Football League. It costs £2,500 to fund one boys and one girls’ team from one Tanzanian school in the league.

Fundraising efforts across the four schools has been phenomenal so far. Behind the driving force, that is Glen Pierce, Eton College have been tirelessly fundraising to ensure the kick off of the 2016 League. Most recently, 21 houses from Eton College taking part in a 5-a-side charity football fundraiser this January. Fierce competition was rife amongst the students with Eton’s Master of Sport, Glen Pierce, stating that some quality football was played and the evening was enjoyed by both players and spectators. The students proved their fundraising efforts were just as well played as their skills on the pitch, managing to raise an extra £2,000 towards this year’s Future Stars Football League.

Both Caldicott and Cothill House students continue to show exceptional energy and commitment into supporting the league. The students and teachers have got involved in an array of activities that took place last year, such as the 5-a-side football marathon.

The Ace Africa UK team visited the newly recruited Bradfield College at the start of this year to speak more about the league. The school seems to be getting increasingly excited with lots of fundraising activities planned for 2016. 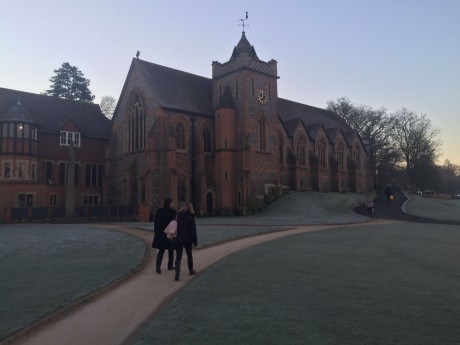 Thank you to all at Eton College, Caldicott, Cothill and Bradfield College who’s support is invaluable to the most vulnerable children living in rural Tanzania today and supporting our football league that will kick off once again in Tanzania this February.