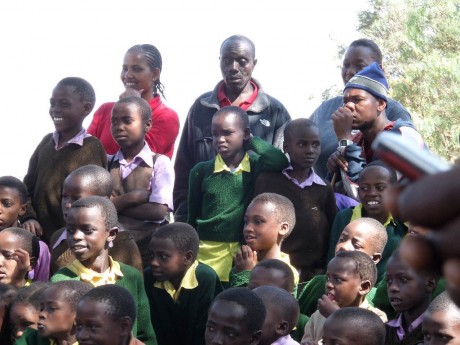 Ace Africa Tanzania hosted a “Fun Day” for orphans and vulnerable children (OVC) on August 29th, 2014 at Musa Primary School in Arusha Rural District. OVC Fun Days provide Ace Africa with an opportunity to connect with OVCs in a fun and casual atmosphere and educate them on important issues they face in their daily lives.

The hosting school – Musa P.S. – is one of 55 Tanzanian primary schools with an Ace Child-to-Child (CtC) Club. Participants of the event included an estimated 800 students from Musa and Olchoruvus Primary Schools, along with 25 teachers and 50 community members.

One of the event’s highlights was drama performances by two Ace-supported drama groups. Each play focused on issues related to Ace’s programming goals that the children face in their everyday lives, such as early marriage, hygiene issues, HIV/health and the importance of education to young boys and girls. The creative format utilised by the drama groups – i.e. educating through drama – captivated the audience and effectively communicated the intended messages.

Following the performances, Ace Child Rights & Welfare Officer, Gudila Joachim, spoke to the students about child rights issues and asked the students to comment on the performance. Student comments included requests for more regular performances and inclusion of their parents in order to spread the messages further in their communities. After the show, the attendees shared in a meal prepared by Ace Africa.

The OVC Fun Day then finished with a spirited football match between the two primary schools. The audience enjoyed the sporting action and cheered for both teams, as Musa narrowly defeated  Olchoruvus 1-0.

Ace Africa would like to thank The Egmont Trust for their generous support of the community drama project and The Colorful Life Foundation for their sponsorship of the OVC Fun Day.

Distribution of food after the drama show took place