Ace Africa Tanzania Seka drama group performed last week at the Bagamoyo Festival of Arts and Culture held in Bagamoyo, Tanzania. This was their first time performing at the festival. 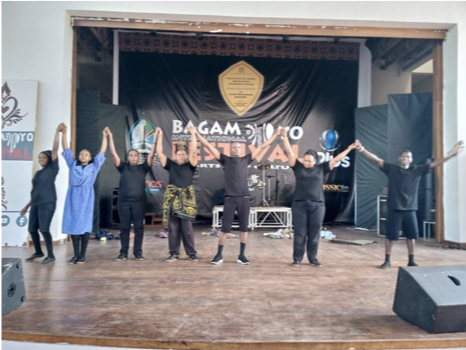 Bagamoyo Festival of Arts and Culture is a seven-day annual event that is held at the TaSUBa theatre. It features music, dance, drama, acrobatics and many other arts related activities resulting in it becoming the most important art event in Tanzania. The festival brings together artists and audiences from different countries with the aim of promoting the performers skills and proficiency, to promote social awareness about institutional major activities, to promote mutual cultural exchange and to recognise the contributions of local artists in development of arts and culture in Tanzania as the tool of poverty reduction.

The group were given the opportunity to showcase their different performances, covering issues regarding rights, health and the environment with the aim of informing and breaking down stigmas. The group became very popular during the festival and used their new-found reputation to participate in a Voluntary Counselling and Testing (VCT) event at the festival on the 25th and 26th October. It is reported that over 2,000 people attended the event.