Paul Bradshaw passed away in 2017. A memorial fund in his name funded an Ace solar lighting project in 15 schools in rural Kenya. His widow, Sheila, had hoped to see the work for herself, but sadly passed on earlier this year. In October their children Chris and Laura went to see the lives the project is changing. Here is their story.

Thanks to people’s generosity in supporting Dad’s legacy appeal, we helped supply solar energy to 15 schools in rural Kenya through the charity, Ace Africa.

Earlier this month, Laura and I were able to visit one of those schools – something our mother had hoped to do but was unfortunately never quite well enough to travel for. It was amazing to see the impact the panels are already having on the school, clearly showing us what a great and effective charity Ace is. We wanted to share some of the experience with you. 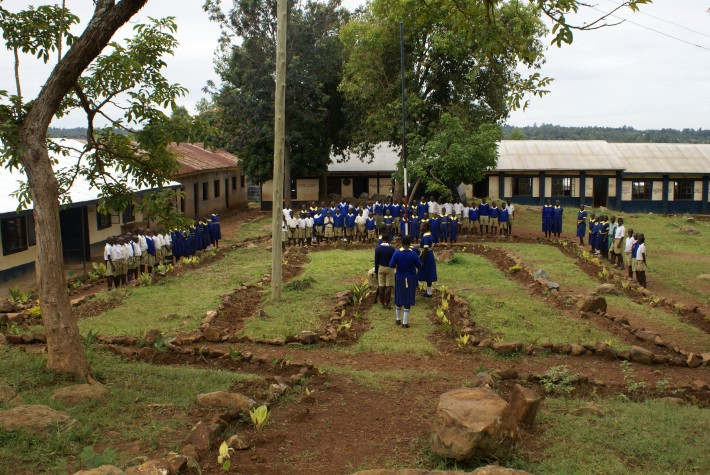 The school we visited was in a region decimated by the AIDS epidemic, meaning the majority of children there are orphans. For many of them, balancing the need to lead their household and go to school is a real challenge, and yet all spoke of how grateful they are for the life they have. It was inspirational to see. They’re so determined to make the best of their lives and it’s wonderful to think the solar panels installed thanks to donations in Dad’s memory are giving them such a valuable helping hand. 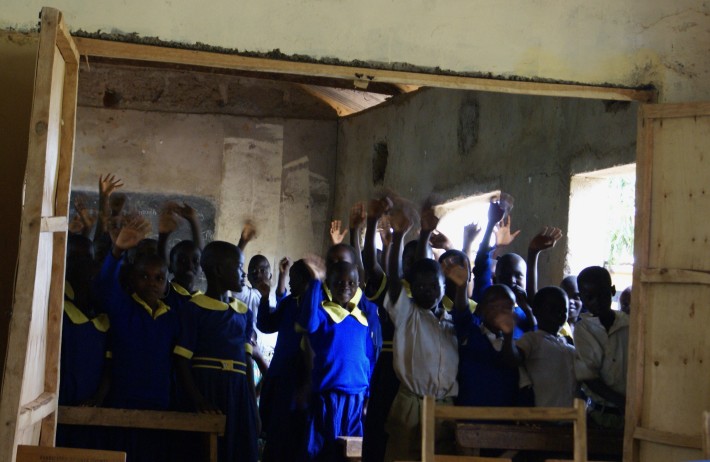 It was clear that the improved lighting has had a major effect for teachers and pupils. Unlike before, they can now come in early to study before school and stay later in the evening. Since we provided the solar panels, the Kenyan government has also launched a digital education initiative that has brought tablet devices to many schools. This is great but the mains electricity supply is still so erratic that often the tablet devices are rendered useless. Here, again, the solar panels are proving vital as a consistent and reliable power source. 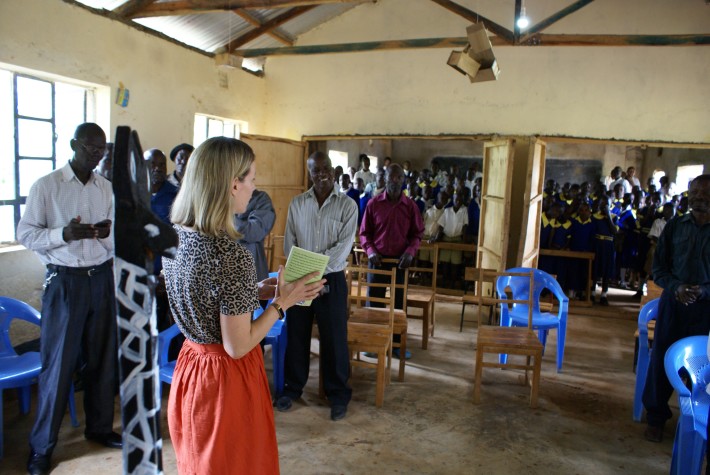 As well as the solar panels in the school, we saw three other Ace projects while we were in Kenya – all of which highlighted the extraordinary, often heart-breaking, challenges faced in this part of the world:

Historically, girls would not attend school during their periods, reducing attendance by 25% or more. At the school we went to, Ace have built a latrine block specifically for menstruating girls, providing improved sanitation and privacy. As a result, girls throughout the school can enjoy full attendance. Providing sanitary towels continues to be a challenge for the school, however, as most girls cannot afford to buy them for themselves and donors usually provide for a single year at a time. 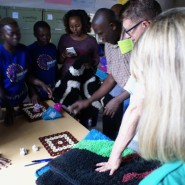 We also visited a project that provides a safe space, structured support and mentoring programmes for girls aged 14-24. We spoke to four girls who have used the project and their life histories were harrowing to hear. It’s a real testament to the success of this project that one of those girls has now gone on to form a successful business while many others are continuing to benefit from the safety and support it provides. 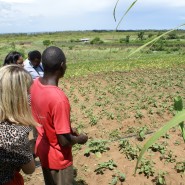 And, finally, we were introduced to a solar irrigation project. Its aim is to improve the diversification of crops and remove the need for diesel pumps, thereby reducing the costs of farming and driving up income by around a third. What’s more, because the solar pump is only needed for part of the day, the farmers have now begun using it to provide water circulation for fish farming, helping diversify and safeguard their income.

At all three projects, as well as the school, it was apparent just how thorough and effective Ace’s approach is. For example, they didn’t just deliver the solar panels to the school, they also provided people there with training on how to use and maintain them. Plus they have all the necessary governance in place to make sure the benefits are actually helping those they’re aimed at.

In fact, such is Ace’s success, they often see the solutions they implement developed far beyond the original project, or even rolled out to a much wider group by a larger NGO or government.

It’s fair to say that both Laura and I came away deeply touched and completely inspired by what we saw. And we know both Mum and Dad would have felt the same.

We’re immeasurably proud that, even though they’re gone, Mum and Dad are having such a positive impact on a part of the world they loved while they were alive. We are very grateful to all those whose generosity made it possible. 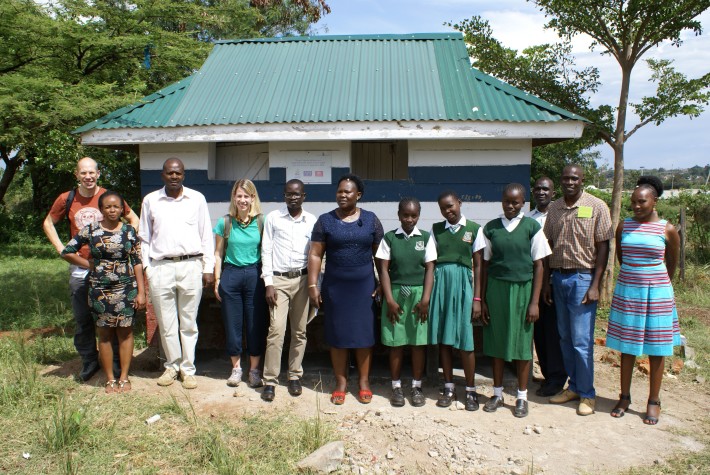 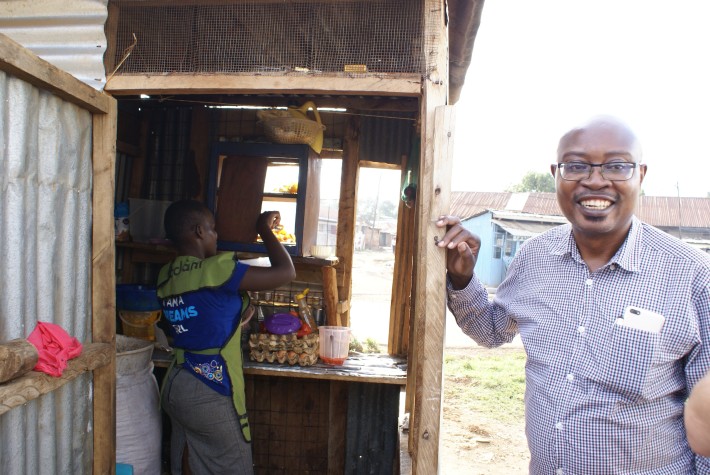 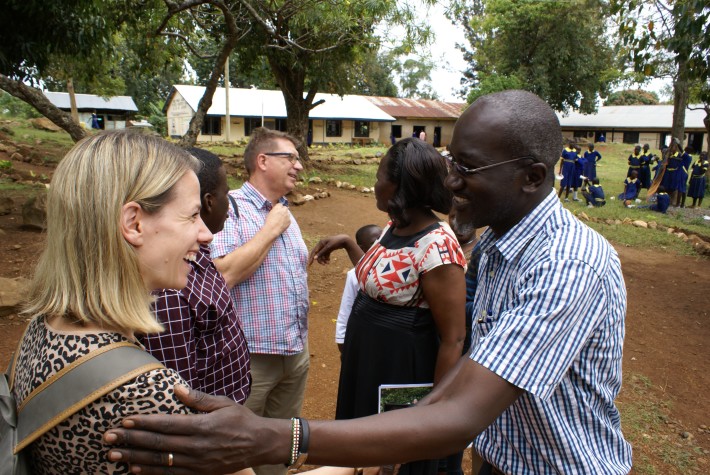