Situation
The Nakina Widows Group was created in September 2012 to help support struggling widows with the pressure and strain of socio-economic challenges that were affecting the widows daily lives. Most of them were victims of stigma and discrimination, late husband’s relatives were disinheriting them and many of them were unable to pay school fees for their children. The group’s other purpose was to help members come to terms with the loss of loved ones to aid members in becoming socially and economically independent, and create a platform to defend and advocate their rights. The group led by Magaret Chongana began by contributing small amounts of money to the group’s kitty with members’ also contributing money to support members that were struggling to support themselves and their family.

Amidst all this the group lacked resources to meet their ever increasing needs and members effectively began to compete for resources with their peers. In early 2013, a failed support plan from the Ministry of Special Programmes, nearly caused the group to collapse. 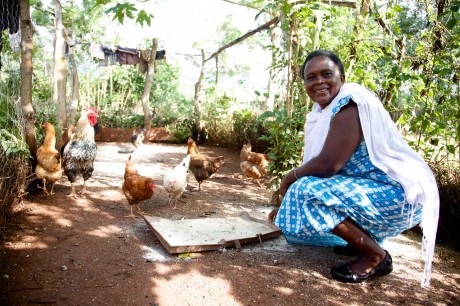 Margaret Chongana with her chickens

Outcome
With a good harvest of maize towards the end of 2015, group members had grown sufficient food for their families and they pooled the remaining surplus of 200 kilograms of maize in a cereal bank to be sold when the prices are favourable.

After applying for a group loan from the Bungoma County Women Enterprise Fund (BUCOWEF) they successfully received GBP. 385 which they have loaned out to members at an interest rate of 10%. Members have invested the money in various small scale businesses including; groceries, a local poultry project and buying of seeds for the kitchen gardens.

Despite their widowhood, group members are now able to pay school fees for their children and feed them three nutritious meals a day. Margaret Chongana, who was only given 5 birds in November 2015, used loan money from the group to buy more birds and she currently owns 39. The group continue to flourish through communication with the Ministry of Agriculture who have been instrumental in extending technical support both in poultry and crop management. 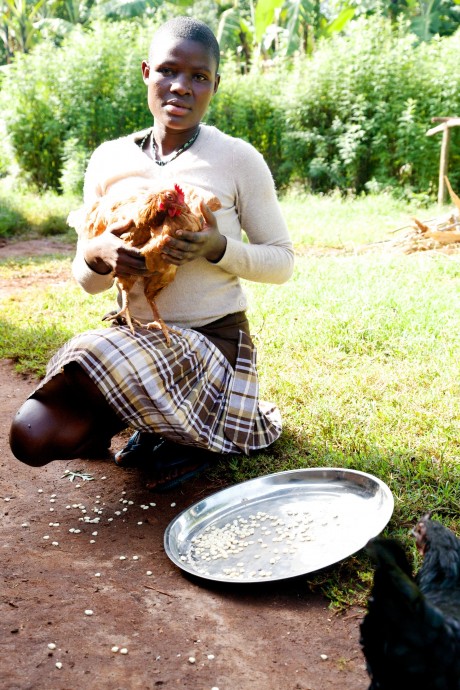