The first year of a community livelihoods project focusing on improving food and economic security in rural Arusha has ended with extraordinary success. Already two community groups, made up of 40 members, have been trained in agricultural skills and healthy nutritional practices and have established their own kitchen gardens filled with cow pea, spinach, nightshade, amaranths and collards. Three groups (Ilkishiru, Ngurudunoto, Olkiki) have been trained in poulty rearing and are now surrounded by flocks of chickens. 1,200 chicks have been provided to the 3 groups and each member is collecting on average collecting 14 eggs per day. With four years to go the project activities are on track. 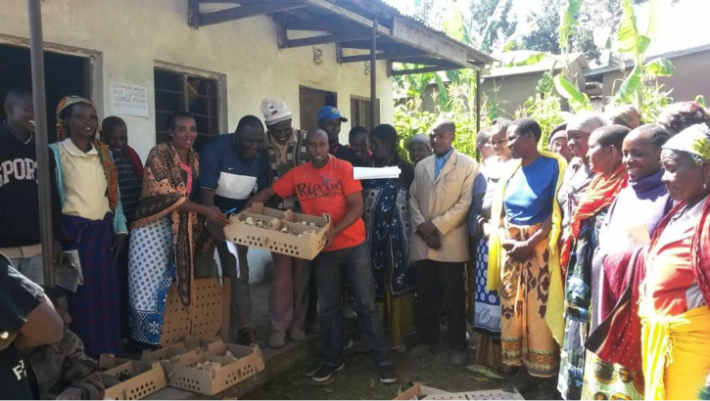 Handing over of chickens to community group members at Kimnyaki village.

In accordance with Ace Africa’s holistic and sustainable approach, the community groups have also been given the knowledge and tools to establish horticultural economic enterprises thus ensuring long-term economic security. The groups have been trained in business management, are utilising capital from village saving and lending schemes and successfully selling their yields in local markets. In addition, the groups are creating value added products with their produce including soya snacks and beverages and are using farming tools such as posho mills and huller machinery. Watching their gardens grow, the communities in Mateves, Kimyaki, Musa and Olkokola wards in Arusha District Council, take great pride in their work. By the end of the first year 136 households are now food secure and 85 members from 3 groups have increased their income by over US $0.76 a day and are on track to rise above the poverty line by year 3 of the project.

The project can be seen as a crucial element of development in rural Arusha. Indeed, although East Africa has the ecological potential to produce enough food for its people it suffers from some of the highest rates of undernourishment in the world. This, in part, has been caused by the HIV pandemic which has devastated an entire generation in this area and left a severe knowledge gap in agriculture and nutritional practices. Ace’s work is restoring this knowledge, not only supporting people’s access to food but also providing long-term community sustainability and strengthening individuals’ ability and energy to improve their own lives.

“Many thanks to Ace Africa for supporting my group members and myself with chickens. Throughout all my life, I didn’t expect that one day I would be provided with poultry rearing knowledge and free cross breed chickens, but Ace Africa provided this for me and my group members. Through that support I will manage my own life and my family’s by selling eggs and this will help to improve my household income.”
Nesriani Israeli, an orphan and vulnerable child guardian at Olevolos village, Kimyaki ward 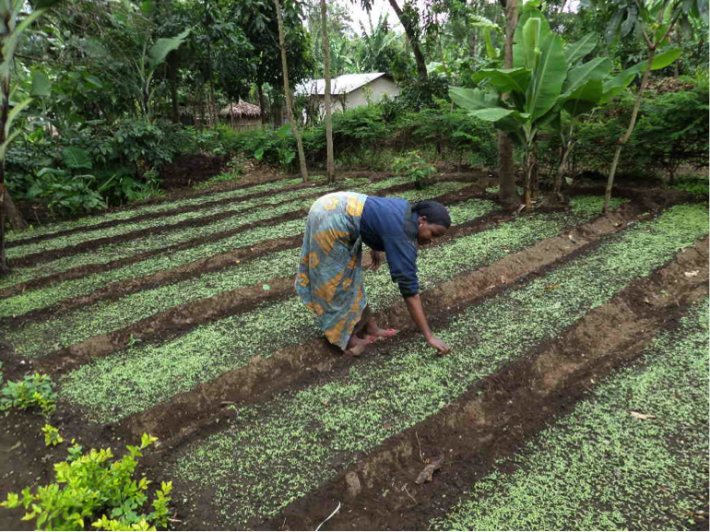 Agriculture and nutrition trainee tending to her crops. 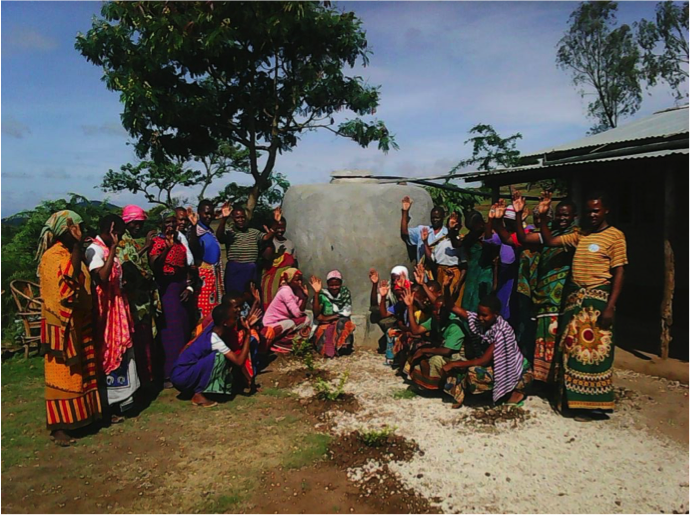 Community group members proudly standing next to their new bala to be used for rain water harvesting, storage and use during dry season, which will help them to produce vegetables year-round to support their households and other community members with food.